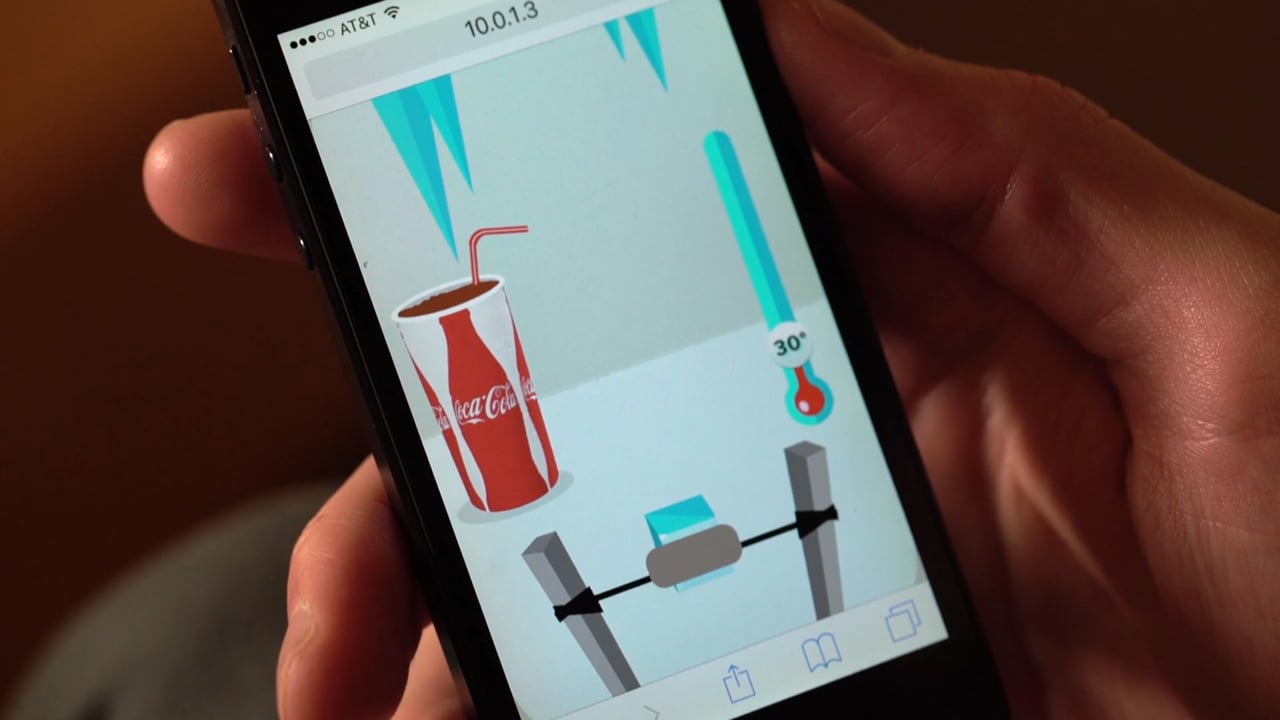 A mobile-optimized mini game with the goal of keeping a cup of Coke at the optimal 37 degrees by tossing ice into the cup. As time passes, the drink warms up, leading to a sweaty cup and a puddle of condensation and game over if the drink isn't cooled down. If the player adds too much ice, the drink will freeze and the game will end.

Produced by Weiden+Kennedy. Designed by Legwork and Developed by Mode Set.