For the new Nike Zoom series running sneakers campaign, I was tasked with my biggest lighting project yet. Working with the crew at Hovercraft Studio, my primary task was to spatially map and animate around 200 individual custom light fixtures. Building upon prior lighting projects, I developed a custom user interface to quickly place and move virtual lights on top of a floorplan map and update DMX channels as the physical lights were installed by the fabrication team. Additional custom mapping controls were added for the large 11-segment digits that stood around the walls of the space. These light clusters were used as both traditional digits and textural elements at different points in the program playback. Given the large number of RGBW lights, we used two DMX universes and extended the in-app simulation to provide a 3d view of the lighting animation from a visitor's point of view. While building the mapping system, I also developed several generative animations that spread across the massive light array. These code-based animations were synced to the video playback system via network messages that signaled the restart of the video loop. In turn, I also integrated a 3rd-party spatial audio system that sent synced audio content spinning around the "centrifuge" video cylinder at the center of the room. The final result was an intense audio-visual experience that was really something to behold.

Multi-sensory installation at House of Innovation to launch Nike's new Zoom product lines. We developed an application that synchronized LED lighting, distributed audio, and screen content to create a digital centrifuge in the heart of New York, making the consumer experience as multi-sensory as they get. The centrifuge delivered three sequential stories related to running; Power Up (pre-race prep), Zoom (race) and Victory (post race). 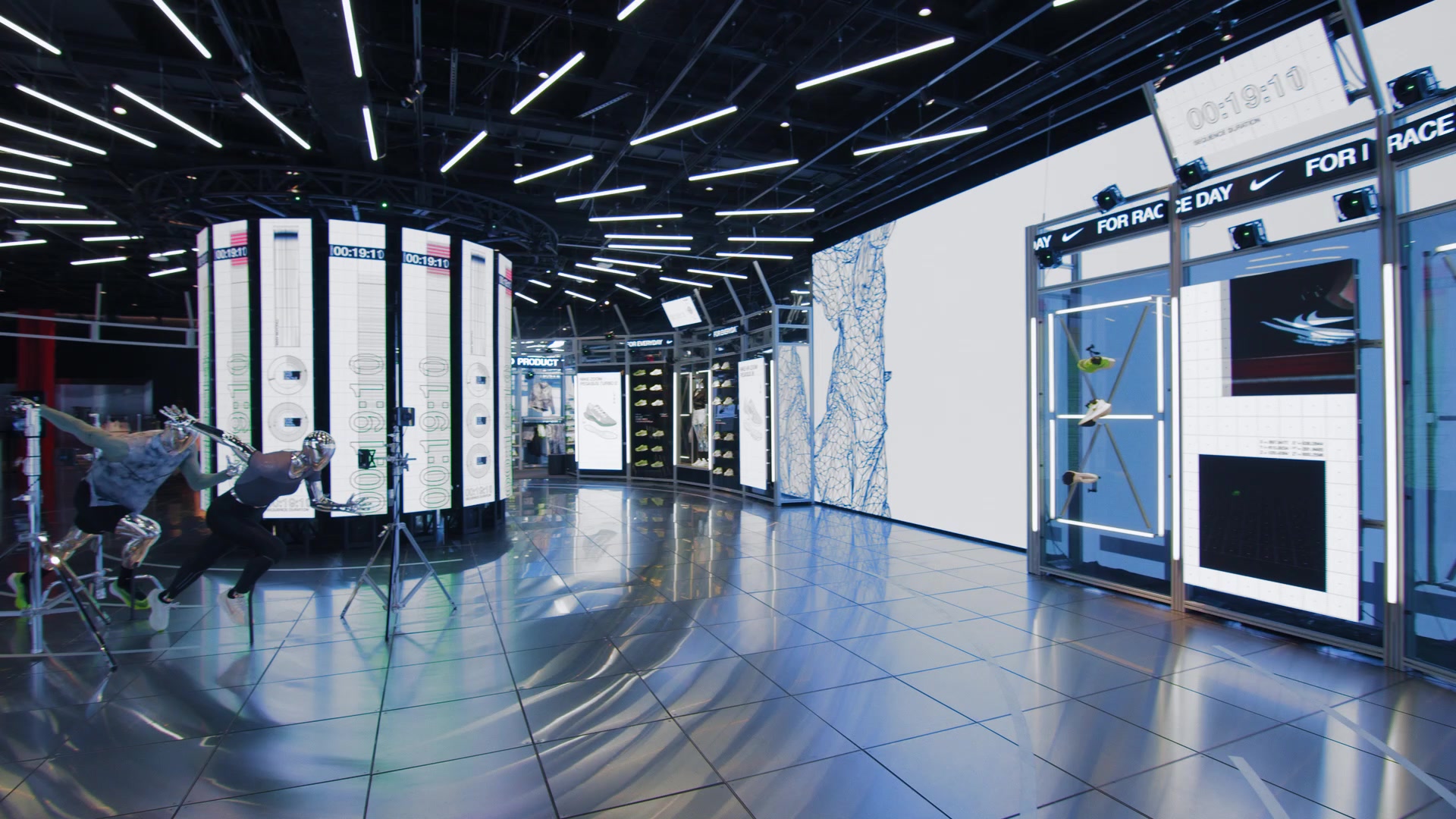 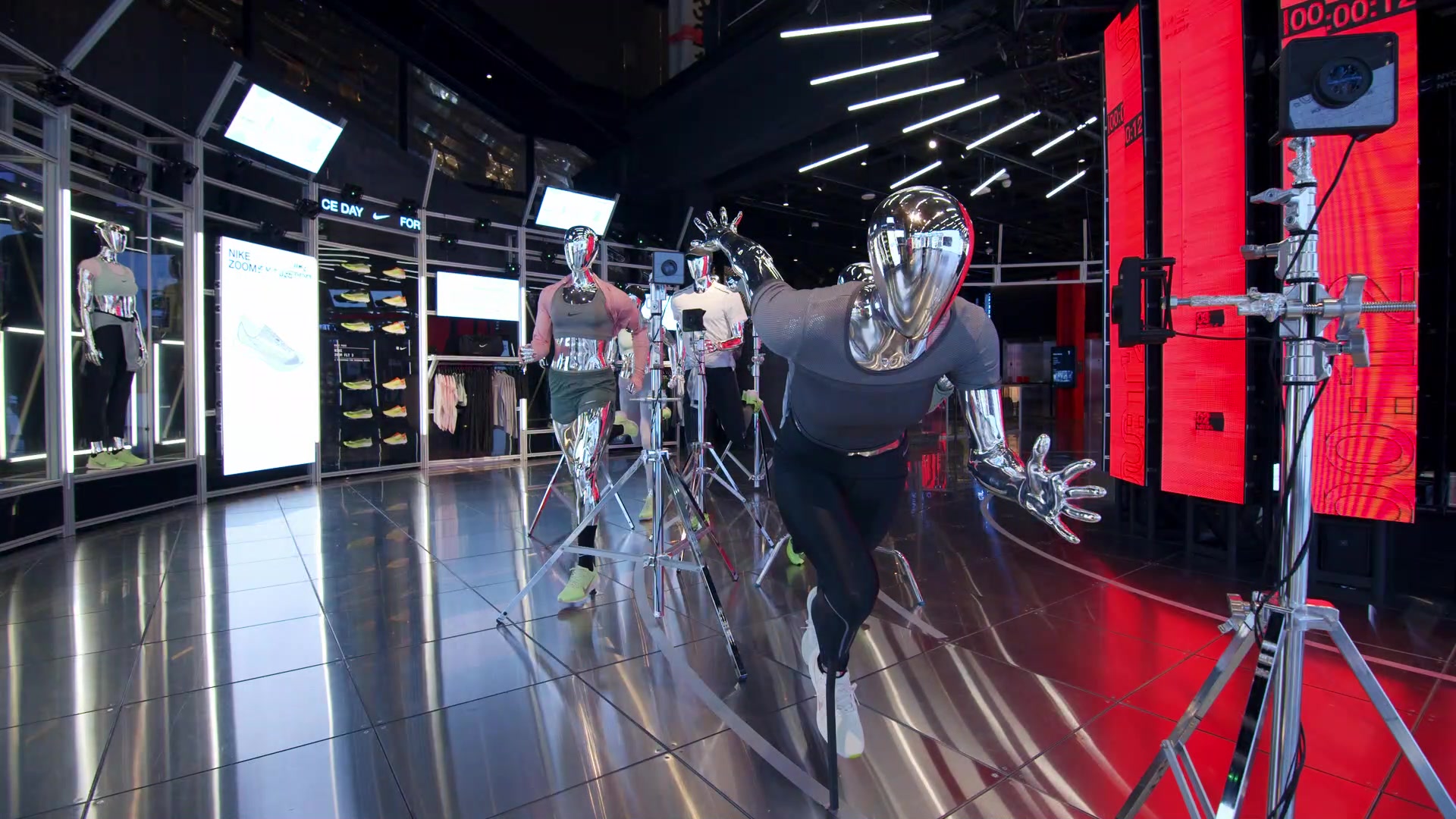 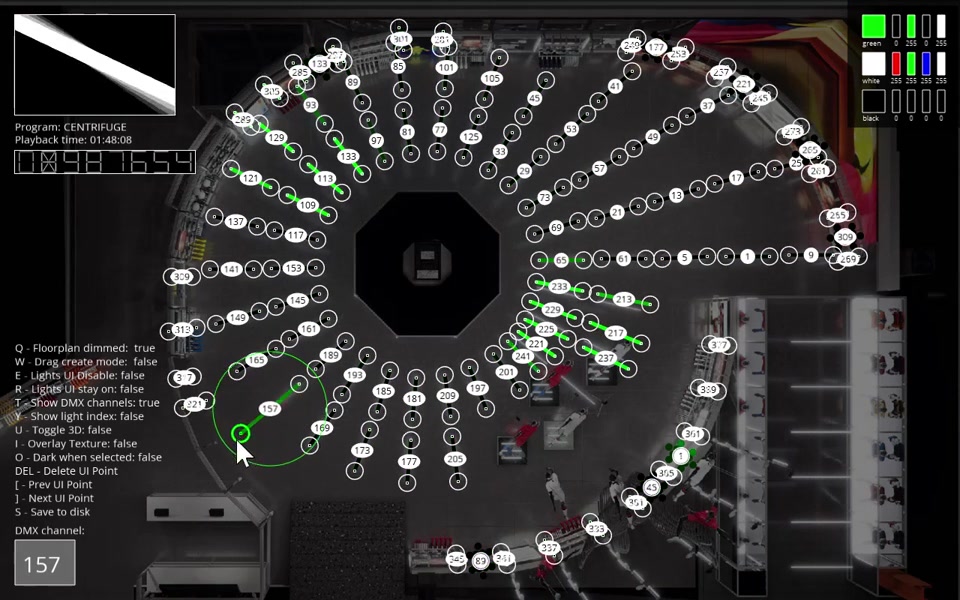