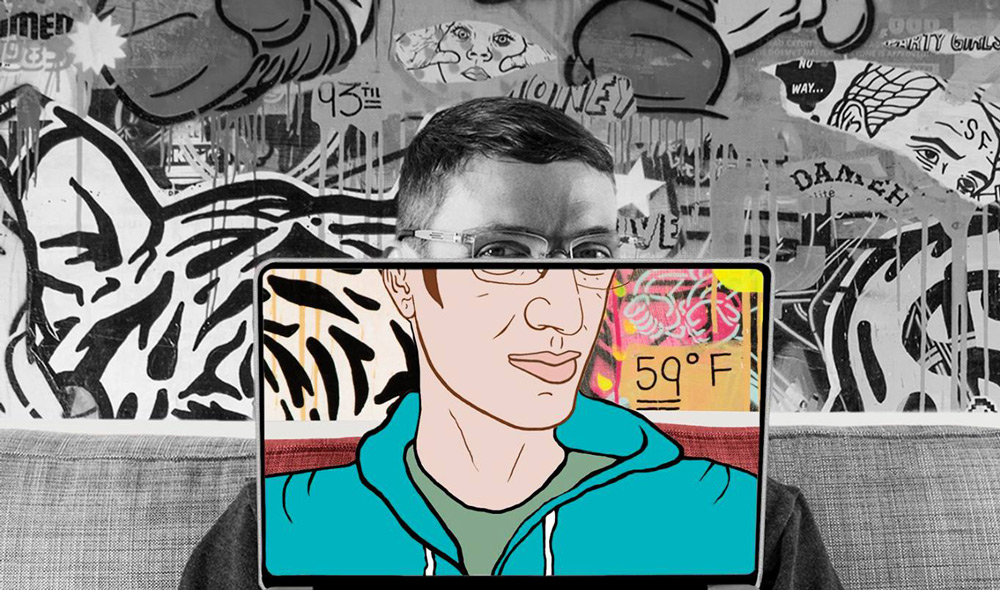 Justin Gitlin, a.k.a. Cacheflowe (/ˈkaSH ˌflō/), is a creative coder, musician and multimedia artist based in Denver and Boston, USA. His disciplines have increasingly intertwined after spending two decades in parallel worlds of software development, music and multimedia production. Justin has built video games, interactive installations, web sites and mobile apps for clients like Nike, Google, and the Denver Art Museum. His work has been covered by major media outlets like NPR, Buzzfeed, and the New York Times, and has received awards from the FWA, Awwwards, and The One Club, among others. As a genre-crossing musician, Cacheflowe has released music and shared the stage with an array of innovative artists like Amon Tobin, Ulrich Schnauss, DJ Olive, Machinedrum, Dizzee Rascal and Nels Cline. As a visual artist, Justin creates algorithmic designs for print, apparel, physical products, music videos, art installations and brand design. His visual collaborations and original artist concepts have been shown at museums like the Smithsonian and the Denver Art Museum, and at art experiences like Meow Wolf, WAVE Festival, and Monkeytown 4. Justin was a co-founding partner of Mode Set, Ello, OhHeckYeah and Plastic Sound Supply, and currently serves as the Director of Technology at Hovercraft Studio.